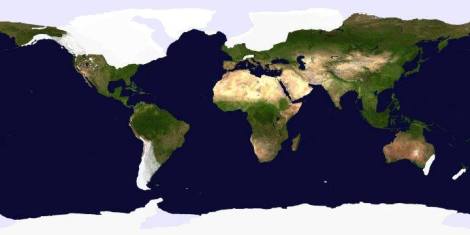 After the global Flood (2348 BC, Ussher), the one and only Ice Age was in full effect with ice packs forming in the northern and southern latitudes while the megalith-building, sea-faring cultures flourished in the warm, lush band of latitudes around the middle of the earth (post-Babel, 2242 BC, Ussher).

As the Ice Age ended (circa 1500 BC, Nienhuis), these same ice packs began melting causing the sea level to rise and flood the coastal regions (about 25 million square miles, Milne) in a matter of decades, which is why we find megalithic ruins on the shallow, coastal sea floor of just about every continent in the world. Interestingly, this is when God led the Israelites out of Egypt (1491 BC, Usher), which coincides with the mass-migration of other people-groups at the time because of the massive climate change from lush to arid that was occurring in these latitudes. 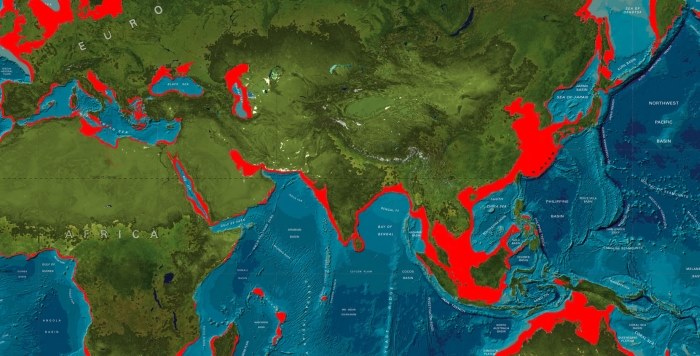 Submerged Land at the End of the Ice Age (Milne)

“And many ancient human skeletons are found jumbled with the bones of Ice Age animals in caves where they were flooded-out, obviously, after having sought refuge from the torrents of melt-water which, according to Shaw, were up to fifty feet deep, and which fanned-out near the rising-ocean shoreline to virtually cover the then submerging Ice Age coastal areas with a blanket of melt-water and sediment.” (p. 87)