A Taste of the Tribulation to Come 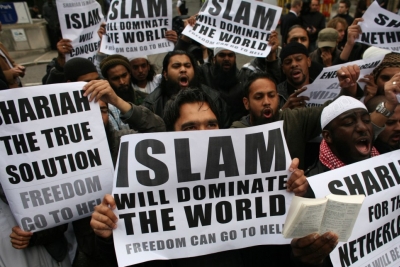 As the coming of the Antichrist nears, Christian persecution is getting worse. The kingdom of the coming Antichrist is persecuting Christians and Jews right now and there’s simply no good biblical reason to believe this won’t continue during the reign of the Antichrist. Fact is, it’s happening to the Church now and it’s growing with ever greater intensity while the Church argues within itself over whether it will happen to it in the future?! Wake up!

The Tribulation is going to be hellishly cruel and brutally barbaric. It’s not going to be some antiseptic, scientific, cold, emotionless tragedy where people are enslaved to microchips by a tyrannical, Western-style governing body pushing population control. It’s being organized now by the deepest of hate, by the psyche of Satan, and he has long ago chosen his people. Of this time, Jesus says,

For then there will be a great tribulation, such as has not occurred since the beginning of the world until now, nor ever will. [Matthew 24:21 NASB]

This means, by default, it will be worse than Hitler’s attempt to take over the world and the resulting Holocaust or any mass genocide that has ever occurred before this. It will be the worst, most tyrannical oppression in the history of mankind.

Here’s a taste of the Tribulation to come. I am only linking a few articles because the headlines are horrifying. These things go so far beyond anything you have ever been exposed to.

This doesn’t include the myriad of  woman and child rapes that I couldn’t bring myself to post. You can view many more pages of articles here.

Here’s what it’s like in just one place, Pakistan:

As Christians, we are forever in the hands of Christ [John 10:27-30]. Despite Satan’s best efforts to eradicate Christianity, the Church will grow exponentially during this time as it grows out of persecution [Acts 8:1] and those who are killed will immediately enter into Paradise [Luke 23:43] with Christ. What a great God we serve!