The Mayan Calendar: Precise Mathematical Calculations Based On Advanced Astronomical Observations Do Not Qualify As Prophecy 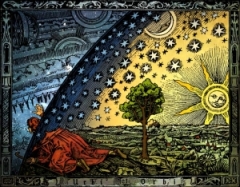 It’s December of 2012, the month many believe will be humanity’s last. The foundation for this belief comes from what many are calling the Mayan Prophecy. First, I want to show you what the Bible says about the end of the world in order to give you a solid grounding in truth and then we’ll do a little examination of the Mayan Prophecy.

THE END OF THE WORLD ACCORDING TO GOD

According to the Bible, from any given day we have at least 1,007 years until God destroys the earth and brings us a new heaven and a new earth. This 1,007 year countdown won’t begin until the Antichrist appears.

Where do I get this?

The Antichrist arrives on the world scene by initiating a peace treaty between Israel and the surrounding Muslim nations. This is the beginning of the 7 years of the Tribulation.

“And he will make a firm covenant with the many for one week, but in the middle of the week he will put a stop to sacrifice and grain offering; and on the wing of abominations will come one who makes desolate, even until a complete destruction, one that is decreed, is poured out on the one who makes desolate.”

A biblical week can be days or years. This is a week of years.

At the end of the 7 years, Christ returns, destroys the Antichrist and sets up His kingdom on the earth. He reigns on the earth for 1,000 years [Revelation 20].

After the thousand year reign of Christ, God introduces the New Heaven, the New Earth and the New Jerusalem [Revelation 21].

Since we don’t know what day the Antichrist will step up into power that allows us to say from any given day we have at least 1,007 years until God destroys the earth to bring in the new heaven and the new earth.

The Mayan calendar is based on the idea that time is cyclical by an observable phenomenon called the Precession of the Equinoxes. This is referring to the apparent precession of the zodiac through the sky from our vantage point on earth due to the earth’s wobbling on its axis. It would take 26,000 years for the zodiac to rotate around in the sky one time. I say “would” because we can know from the Bible that the Universe is only a little more than 6,000 years old. Yet, the Mayan calendar, based upon this 26,000 year cycle, would have us believe the earth is much older by maintaining that this cycle repeats itself and has eternally done so. This, of course, plays into the commonly held belief that the Universe is eternal (you see, we can have an eternal Universe, but not an eternal God as its Creator).  The calendar is based on the observable and mathematical (designed) “movement” of the stars and so it becomes possible to extrapolate backwards into eternity.  And of course, the modern evolutionary interpretation of the millions and billions of years of history allows for that.  Remember, just because it’s mathematically possible to trace star movements eternally into the past does not mean that there was an eternal past.

I’m being somewhat simple about the Precession of the Equinoxes on purpose so here’s and in-depth explanation of what it is.

And here are some links about the Mayan Calendar:

Knowing this, we can say that calling the Mayan calendar “prophecy” is misleading. Precise mathematical calculations based on advanced astronomical observations do not qualify as prophecy. Furthermore and most importantly, the calendar wasn’t inspired by God, the source of true prophecy.

For no prophecy was ever produced by the will of man, but men spoke from God as they were carried along by the Holy Spirit.

This advanced astronomical science that the Mayans as well as many other people groups around the world knew only serves to prove the story of the Tower of Babel as accurate history from where all of this knowledge came [Gen 10, 11]. This is also why we see such a similarity in myths (which became religions) and megalithic structures across various cultures. And also why almost every ancient culture has a world-wide flood story.

There are also those who don’t believe the earth will be physically destroyed on December 21, 2012 but that humanity will enter into the next stage of its spiritual evolution – that a spiritual shift unto enlightenment will take place. Though incorrect (unless you count a shift further into darkness), this is a bit harder to personally refute with an individual because it is based on their perception of reality which is already distorted. I can imagine hearing conversations like this on December 21st:

It is here where I have to point out the logical flaw in believing that humanity will ever evolve spiritually (as if human evolution is real to begin with). Human evolutionary theory is based upon the presupposition of the non-existence of the supernatural. That means, according to evolutionary theory, we have no souls or spirits. We are natural material only. Big problem. Anyone who has ever talked to an ardent evolutionist for any length of time knows this.

It’s a shame those that adhere to this belief don’t take the time to think it through.

A good question I like to ask “spiritual” people is when did the soul evolve and for that matter why? Of course, if they haven’t thought it through this far already, they most likely won’t care.  And, in this celebrated age of unprecedented open-mindedness, I find this to be a very sad thing.