Isaiah 21 Reveals the Geographic Location of the Antichrist’s Kingdom

How can an oracle by Isaiah help us to determine the geographic location of the kingdom of the Antichrist?

Isaiah 21 is an oracle, or prophesy, to Babylon that describes it as the wilderness of the sea.

The oracle concerning the wilderness of the sea. As windstorms in the Negev sweep on, It comes from the wilderness, from a terrifying land.

Consider that John was taken into the wilderness by an angel in the Book of Revelation and shown the harlot riding a beast, or the kingdom of the Antichrist.

And he carried me away in the Spirit into a wilderness; and I saw a woman sitting on a scarlet beast, full of blasphemous names, having seven heads and ten horns.

This scarlet beast in 17:3 is the same one described below as coming from the sea. 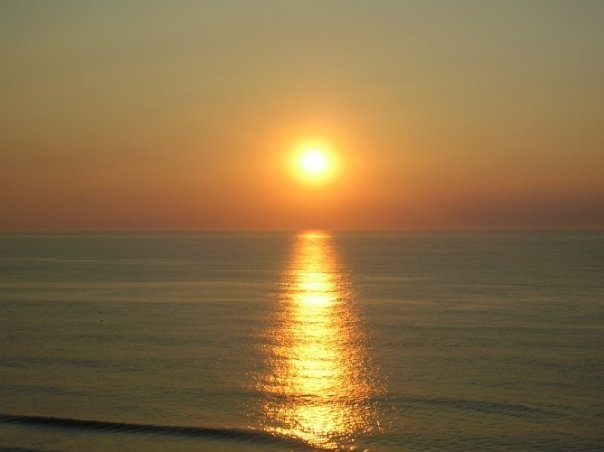 And the dragon stood on the sand of the seashore. Then I saw a beast coming up out of the sea, having ten horns and seven heads, and on his horns were ten diadems, and on his heads were blasphemous names.

So we have Babylon named as the wilderness of the sea. What sea would that be? Well, why not the one next to it?

The oracle concerning the wilderness of the sea. As windstorms in the Negev sweep on, It comes from the wilderness, from a terrifying land.

From Isaiah 21:1, we can know that the wilderness is the land where Babylon ruled – the Middle East – and the sea from where the beast comes is the one that is next to the Middle East – the Mediterranean. This is where John was taken and shown the vision.

For further confirmation, consider that Daniel says this about one of his night visions:

Daniel 7:1-2 NASB In the first year of Belshazzar king of Babylon Daniel saw a dream and visions in his mind as he lay on his bed; then he wrote the dream down and related the following summary of it. [2] Daniel said, “I was looking in my vision by night, and behold, the four winds of heaven were stirring up the great sea.

Daniel is in Babylon having this vision of the four winds stirring up the great sea. It stands to reason that this wasn’t just some random, unknown sea but the “great sea” that all the Prophets refer to. Again, it points to the Mediterranean.

When John says he saw a beast coming up out of the sea, he is giving us the geographic location of the kingdom of the Antichrist – the Middle East. Quite interestingly, in the Book of Job, it tells us that Abaddon, the name given to the Antichrist in Revelation 9:11, is under the waters.

“The departed spirits tremble Under the waters and their inhabitants. “Naked is Sheol before Him, And Abaddon has no covering.

What this means is that the location of the Antichrist’s kingdom will be in the Middle East.

Where does the remnant of Israel flee during the Tribulation?

Then the woman fled into the wilderness where she *had a place prepared by God, so that there she would be nourished for one thousand two hundred and sixty days.

But the two wings of the great eagle were given to the woman, so that she could fly into the wilderness to her place, where she *was nourished for a time and times and half a time, from the presence of the serpent.

Israel is the woman who flees into the wilderness. During that time of tremendous distress, it seems unlikely that the remnant of Israel will be able to flee any farther than the desert beside it. In fact, Scripture may tell us exactly where she will flee. These places the Antichrist will not touch:

“He will also enter the Beautiful Land, and many countries will fall; but these will be rescued out of his hand: Edom, Moab and the foremost of the sons of Ammon.

This is the modern-day country of Jordan, again, located in the Middle East. In those days, Israel will be in the belly of the beast much like Jonah and Christ were.